Last year when I was researching the Celtic Festival of Bealtaine, I learned about the fire celebration that takes place in Uisneach in County Mullingar. I’m crazy about triple spirals (triskele) and I love a good fire, so when I saw the photographs of triskele with flames (!!) well the Uisneach Festival was immediately put on the top of my bucket list.

And so in 2018, I booked my tickets early and awaited what I knew was going to be a kind of soul-awakening event (if that makes any sense!).

Uisneach is regarded as the mythological and sacred centre of Ireland – it is where the five provinces of Ireland met. Although, the hill on Uisneach is only 596ft above sea level, twenty counties are visible on the horizon!! 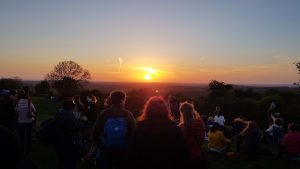 Uisneach was also said to be the home of the sovereignty goddess, Ériu, after whom Ireland (Éire) is named. The sun God Lugh is also linked to Uisneach and is thought to be buried there. So the long and the short of it is that Uisneach is steeped in Irish mythology and I absolutely love that in‘The Oxford Dictionary of Celtic Mythology’, Uisneach is described as ‘a hill that has played a significant role in the Irish imagination’. The pictures below are a sample of what you see at Uisneach – amazing!?!. 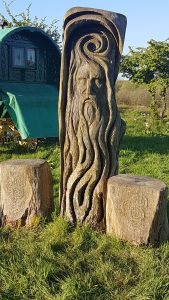 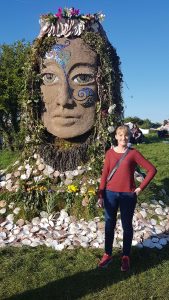 Ok, so back to the Bealtaine fire festival and how it captured my own imagination. It was a tradition during Bealtaine (Irish for May), that a fire was lit on the hill of Uisneach to celebrate the start of summer. Once lit, other fires would then be lit across Ireland and could be viewed from the top of the hill. Sounds spectacular, doesn’t it? And I have to admit that it really was. It’s really hard to describe the atmosphere of waiting on the fire to be lit but the sense of suspense and anticipation was tangible. It reminded me of being a kid waiting to be allowed go down the stairs to see if Santy (Dublin word for Santa Claus) had come! I was fidgety, excited and eagerly looking out for the horses to lead the charge for the fire to be lit. 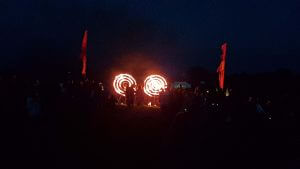 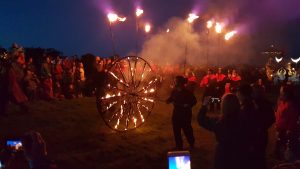 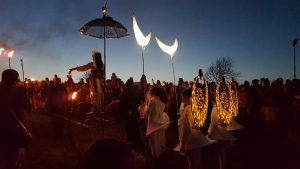 So after a spectacular procession towards the bonfire (that we had the pleasure of putting our own twig into), the fire was lit and the crowd went wild! 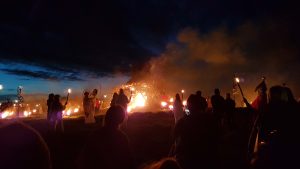 I found the whole experience to be so moving – the ceremony was magnificent. And what topped it off for me was when I turned around to leave after the fire was almost finished, I could see lots of other fires lit in fields near and far – the tradition of the Bealtaine Fire Festival is alive and kicking and in very good hands.

Of course, I left with my head swimming full of ideas for new jewellery designs and I will share these with you in time 🙂 I also felt so happy that my Circle of Light Collection contains a spiral for Bealtaine – now I just need to be part of the other 7 festivals represented in those pieces!!